Hurt on Duty? What You Need to Know About Making a Compensation Claim 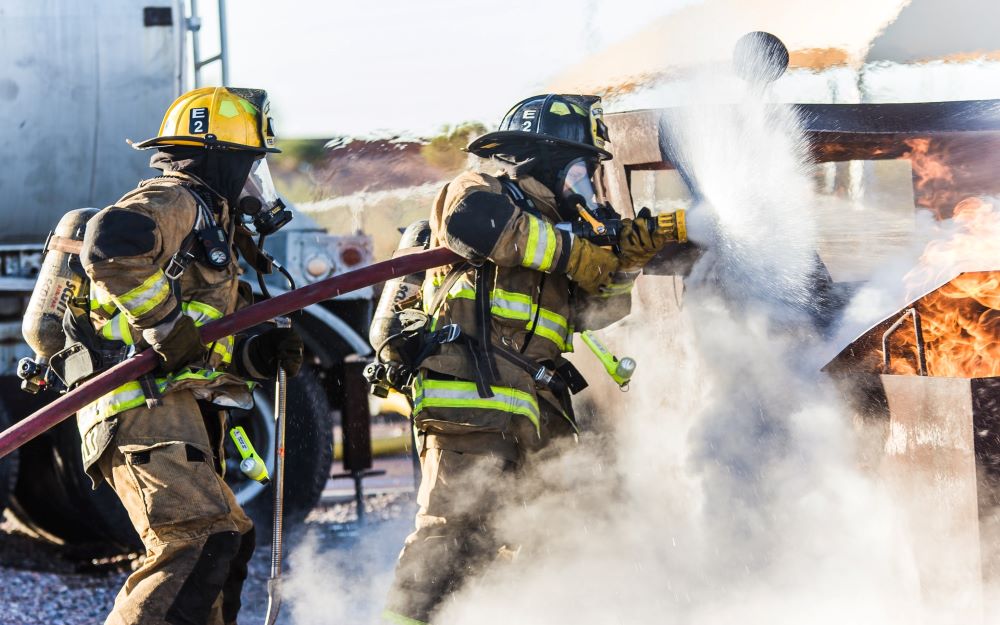 It’s in the nature of their ‘frontline’ jobs that those serving in our police force, as a paramedic or fire fighter in our ambulance and fire services, face substantial risks in performing their roles.

Just doing your job can leave you with a significant physical or psychological injury – sometimes from a single event, sometimes from an accumulation of incidents over your career.

You don’t need to be in the job for 20 years to be affected by Post Traumatic Stress Disorder (PTSD). Sometimes it comes on after one really nasty job, but more often it sneaks up on you over a period of years. Most First Responders live with increasing anger, frustration, anxiety, depression and escalating alcohol abuse until a family member points out that they really need specialist medical assessment.

The same applies with physical injuries. It really doesn’t take that many years of lifting, bending, twisting, rolling, wrestling, carrying, ripping, busting, tearing to leave you with a bad back, a crook neck, busted shoulders, knees that just don’t like getting out of bed in the morning. It’s not always just “getting old” – it’s mostly “getting old before your time”.

It’s pretty natural to be confused about whether you’ve got a claim, whether you should make a claim and how you should make a claim, particularly for something that didn’t just happen on one particular day. At Bourke Love, we specialise in claims made by those injured while working as police or other emergency service workers, so contact us immediately if you have a query or concern about anything raised in this article.

We can help you with a claim for either statutory workers’ compensation, or a work injury damages claim in the event it can be proved that your injury was caused by the negligence of the authority under which you worked.

In NSW, workers’ compensation claims by police officers are distinguished between officers sworn into the force prior to 1 April 1988 and those sworn in after that date.

Pre 1 April 1988 officers were covered by the Police Regulation (Superannuation) Act 1906 No. 28. The act sets out the Hurt on Duty (HOD) benefits available to officers injured before that date, including pension entitlements when ruled medically unfit as a result of a HOD injury.

Depending on the circumstances, a HOD claim can be made for reasonable medical expenses arising from your injury, as well as domestic and nursing assistance, travel expenses to and from medical appointments, property damage and a lump sum for permanent impairment.

To make this kind of claim, pre-1988 officers need to report any injury to their commander or supervisor as soon as possible and complete the P902 online incident notification form within 24 hours of sustaining the injury. If medical expenses are incurred or the injury causes a period of absence from work as a result of the injury, a HOD benefits claim form must be submitted through chain of command and a WorkCover certificate of capacity obtained from the officer’s doctor (GP or treating specialist). The Commissioner of Police makes the decision as to whether or not to accept a HOD claim, delegated to the Hurt on Duty Unit who manage the liability process on behalf of the NSW Police Force.

Police officers, paramedics and fire fighters were made exempt from changes made to workers’ compensation in July 2012, allowing them to still make work-related injury claims for:

To access entitlements under the statutory workers’ compensation scheme, you must include a certificate of capacity from a WorkCover-accredited doctor with your claim if you are absent from the workplace. It should also be noted that under the Workers Compensation Act, a medical certificate for a psychological injury must use accepted medical terminology such as ‘Post Traumatic Stress Disorder’, rather than a more generic phrase such as ‘stress condition’.

If you end up going off work for good, you will qualify for 7 years of Income Protection payments, to top you up to 75% of your salary.

You will probably also be entitled to a TPD (Total & Permanent Disability) claim.

Mostly you can do both of these things yourself, but it’s always good to get legal advice on how you go about it.

Police officers (and other emergency services personnel) may prefer to pursue a work injury damages claim, which is different to a workers’ compensation claim in that the injured party alleges negligence on the part of his or her employer. If successful, these claims will generally only provide compensation for past and future loss of income but the amount is potentially much larger than the entitlements available under the workers’ compensation scheme.

To qualify to make such a claim, the applicant must show negligence – i.e. that the NSW Police Force, for example, owed the injured office a duty of care and breached that duty in the situation where there was a foreseeable risk of injury – and also that the injury has resulted in whole person impairment of 15 per cent or more.

An applicant making a work injury damages claim will need to undergo an evaluation by a trained permanent impairment assessor in order for it to be considered by the relevant insurance company or the Workers Compensation Commission. A successful claim will end any future workers’ compensation entitlements, and you may also be asked to pay back statutory entitlements you’ve already received.

A work injury damages claim must be made within three years from the date the injury occurred, so promptly seeking legal advice is highly advised. The success of your claim will turn not only on the medical evaluation of your injury, but identifying the scope and content of the non-delegable duty of care owed by the particular authority to the injured emergency worker. Expert legal advice is crucial in this situation.

The process for making a workers’ compensation claim – and the available entitlements – are similar for paramedics and fire fighters in NSW to those of police officers. As noted above these emergency workers are also exempt from the 2012 changes to workers’ compensation, meaning they can still claim for medical treatment, loss of wages and permanent injury.

Additionally, the Workers Compensation Legislation Amendment (Firefighters) Bill 2018 passed in November 2018 recognises the unique risks inherent in the work of firefighters who are often exposed to carcinogens and other toxins. Firefighters diagnosed with any of 12 specified primary cancers and who meet the corresponding qualifying periods of employment or service on or after 27 September 2018, are automatically presumed to have developed the cancer because of their firefighting work or volunteer service.

As with police officers, other emergency workers can also make a common law work injury damages claim if they believe their injury or illness was caused by their employer’s negligence in failing to maintain a safe system of work and breaching its duty of care.

The importance of specialist advice

Whether you’re making a claim under a workers’ compensation scheme, or wish to make a work injury damages claim arising from your injury or illness, seeking the advice and guidance of specialist compensation practitioners such as Bourke Love is essential.

These claims can be quite complex. We are experts in claims for compensation on behalf of police and other emergency services workers such as paramedics and firefighters, and will help you identify and clarify the key issues involved. By doing so you’ll save time and unnecessary stress, as well as give your claim the best chance of success. We will also deal with your claim on a ‘No Win No Pay’ basis.

Bourke Love Lawyers has offices in Kingscliff, Lismore, and Ballina on the NSW north coast. If your injuries prevent you from travelling, we are happy to meet you at your location. Call us today on 1300 15 15 45 or visit us at bourkelove.com.au for a free initial consultation.