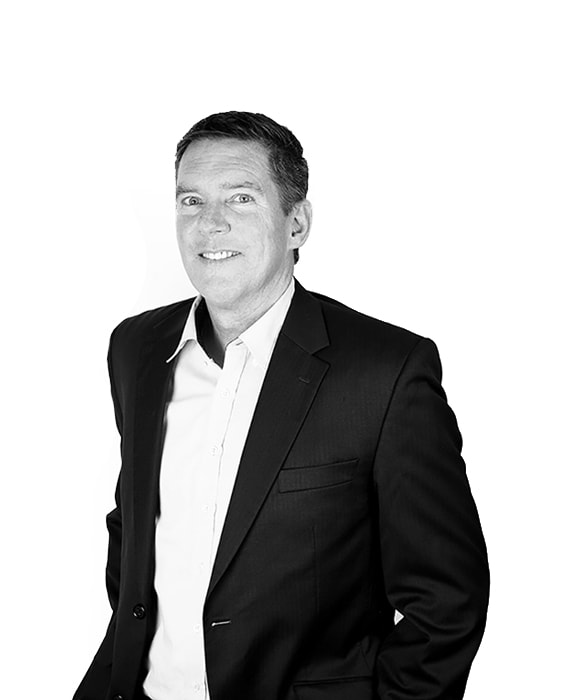 Brendan Bourke has a reputation as one of NSW’s leading plaintiff work injury litigation lawyers. He has built an extensive practice in workers compensation and work injury damages cases in both NSW and QLD, and specialises in pre and post 1988 Hurt on Duty claims for NSW Police Officers, as well as work related Post-Traumatic Stress Disorder injuries in emergency services first responders.

After admission Brendan honed his skills in both Plaintiff and Defendant insurance work, initially in QLD before moving to NSW and taking up a position with Northern Rivers firm Stone & Partners in 1993. Brendan was a Partner with Stone & Partners from 1996 until 2005, when he started the firm Bourke Love  Lawyers McCartney Young. He remained in partnership with BLMY until 2009, when he started Bourke Love Lawyers in partnership with Tony Love.

“I really enjoy pulling apart a complex case, maybe one that to others seems hopeless, and finding the solution,” Brendan says. “It ain’t rocket surgery – it’s attention to detail that gets results.”

Brendan is an Accredited Specialist (Personal Injury), a member of the NSW Law Society, a member of the Far North Coast Law Society, and is an Approved Legal Services Provider with WIRO (Workers Compensation Independent Review Office). He served on the Board of Directors of St Vincent’s Hospital at Lismore for 10 years, and will soon take up a position on the Board of Directors of a local charity. Brendan has also served as junior rugby coach with Lennox Head Trojans (go hard or go home), is a former member of Group One Rugby League Judiciary, and has served as Honorary Defence Counsel for the Lismore Rugby Club judiciary appearances.

Brendan loves the great outdoors, and when not in the office, he and his wife Michelle are busy finding new places all over the world to indulge a mutual love for hiking. He is a fan of wearing lycra on early morning bike rides, and cycles for Team Smith (named for the venerable captain, Brett Smith). Brendan is also a keen barra fisherman, preferably in the Northern Territory, and the record for the largest Black Marlin caught in Western Australia (334 pounds at Rolley Shoals in 1998).

Work Injury Damages – at first instance, secured judgment in the District Court of NSW, and subsequently resolved in favour of the plaintiff during proceedings in Court of Appeal for police officer injured as a result of his employers’ negligence.

Work Injury Damages/Public Liability – secured judgment in the District Court of NSW against both employer and negligent third party company, each separately responsible for implementing a negligent system of work on a construction site resulting in injury to the plaintiff.

Public Liability – successfully resolved in favour of the plaintiff, a complex claim for severe burn injuries sustained due to installation of a faulty hot water system, shortly before commencement of hearing in the Supreme Court of NSW.